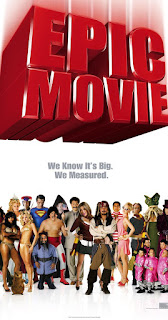 The recent RazörFist rant on the coming decline of the Marvel Cinematic Universe (which is worth a watch) combined with the San Diego Comic-Con trailer for Steven Spielberg's Ready Player One adaptation (which is worth a watch if you think slapping a DeLorean and the Iron Giant and whatever other pre-existing sci-fi/fantasy element you can think of into a bigger budget version of a Seltzerand Friedberg Pop Culture Schlockfest is your idea of good writing) got me thinking about the current state of Geek Culture™ that's existed since about 2007.


Every major multimedia franchise that's been marketed to Hell and back harder than Dante and Orpheus going on a bus tour is exhausting itself. Let's explore.

The Marvel Cinematic Universe is going strong, but audience fatigue is definitely setting in. What started with 2008's Iron Man has turned into an impressive shared universe of movies building on each other with characters and actors carrying over. Like classic comic book storylines of yore, a disparate group of directors and writers were kept in line by a firm editorial hand, guiding each successive movie to financial success. As a lifelong Avengers fan, I've benefited greatly from it, but entertainment trends last about a decade, and the clock is ticking. After next year's two-part Infinity War, I expect things to change. Kevin Feige, the president of Marvel Studios and the franchise's primary architect of success, has his contract up in 2018. Disney/Marvel would be stupid to let an organizer like that go, but in the off-chance that they don't offer him a lifetime supply of Large Free Bags of Cash or if he decides he wants to do something else, the quality will plummet. Audiences are already starting to get restless, and if the quality drops lower, they'll leave.

The print version of Marvel is in even worse trouble. Since the market crash of the 90s, the comics industry has been hemorrhaging readers at an alarming rate and relying on big crossovers and shock storylines to draw attention but not long-term readership. Right now, Marvel's books are full of bad art, bad writing, no action, and meaningless changes for the sake of controversy, and they the execs are blaming it on the audience “not wanting more diversity.” Because calling your audience racist for not buying your books is a great way to keep them.

Things aren't that great for DC either. The Justice League cinematic universe, or whatever they call it, is struggling to find its footing. They make money, sure, but the only movie that's talked about with universal approval is Wonder Woman. Worse, they've been trying to rush the JLA movie out the door before the Superhero movie bubble bursts, so it hasn't taken the time to develop characters or the universe well for movie audiences. Its been a rocky ride for them, and there are persistent rumors that things aren't going that smoothly behind the scenes either.

In terms of print, DC's been capitalizing on Marvel's stumbles, except instead of running with heroes and villains engaged in big superheroic action, they're poised to follow Marvel's identity politics right into the dumpster with dumb ideas like Batman:White Knight, a miniseries about turning the Joker into a literal Social Justice Warrior and the protagonist.

Who knows? Maybe it'll be a giant subversion of SJW culture because at his core, the Joker is an abusive, violent psychotic with neon hair who pretends to intellectual depth in order to justify his criminal impulses...okay, so he's basically Antifa already.

Back at Disney, Star Wars has been making a lot of money through marketing and movies, but its been going as hard and fast as possible, and oversaturation is going to hit back hard. The Force Awakens and Rogue One garnered a large share of manufactured internet controversy touching on the usual “Fans are sexist, racist, etc if they don't like it.” While that's always true for some, it also doesn't change the fact that both movies were competently made but largely mediocre and ultimately forgettable. The Last Jedi is of course, riding on controversy to build its marketing momentum, but depending on how that movie treats beloved characters like Luke and Leia (we already know how TFA treated Han), its going to sour a lot of people off of it. Speaking of Han, that movie's been going through serious production woes, with the initial directors being let go in the middle of filming.

Its my own personal opinion, but I think that movie's going to be the point where NuCanon flies off the rails and people start abandoning it and no amount of identity politics controversy is going to put butts in seats. Feel free to quote me on that.

Doctor Who's ratings have been slipping heavily in recent years, and a lot of people I've talked to personally have been unhappy with the slipping quality of the writing for a while. The recent casting of the first female Doctor has again followed the manufactured controversy route, except for the previous show runner calling out the press for doing just that. It remains to be seen whether it'll rebuild its audience, but I kind of doubt it will after an initial bump of curiosity. It didn't work for comic books, why would it work here?

The Walking Dead has been slipping and there's talk of what the end of the series would be like. Outside of Negan and the recent spoilers, nobody's really talking about it. Meanwhile the very successful video game from Telltale Games will be ending its last season in, you guessed it, 2018.

Back at Disney one last time, the House Walt Built seems to be doing nothing but live action remakes of previous successes. Because treading water is easier than drawing, apparently. Pixar (which is independent now, but still close with Disney) can still animate, but they've been moving more and more into sequel territory.

Game of Thrones is currently on its seventh season, and will be ending after the eighth (which will, coincidentally, probably air in 2018-2019). A Song of Ice and Fire, George R. R. Martin's book series that's the basis for the show, still has two books to go with no end in sight, thanks to the glacial pace of Martins' writing.

As for other massively popular fantasy book series adaptations, Harry Potter continues chugging along with the rest of the Fantastic Beasts movies and a Voldemort Origin Movie on the way. Kudos to the fan film team that got the blessing from Warner Bros, that takes moxie, but on the other hand, giving a villain famous for being mysterious and sinister an origin prequel is a good way to neuter said villain.

All of these are big, big franchises. All of them have a huge media presence. All of them are seeing declining audiences or behind the scenes trouble or relying on manufactured controversy to draw attention. All of them are cornerstones of modern Geek Culture™ that have cottage industries of t-shirts, toys, games, podcasts, mugs, etc. built up around them.

My gut tells me that 2018 will be the moment where it all comes crashing down.

The best part is, I don't know what's going to rise up to take their place, which is the first time in a decade where I could say that.

"I think that movie's going to be the point where NuCanon flies off the rails and people start abandoning it..."

I agree, and not just because I made the same prediction :)

Hopefilly good old fashopned pulp. The crazy adventures and the nice romance would be a nice change of pace
xavier